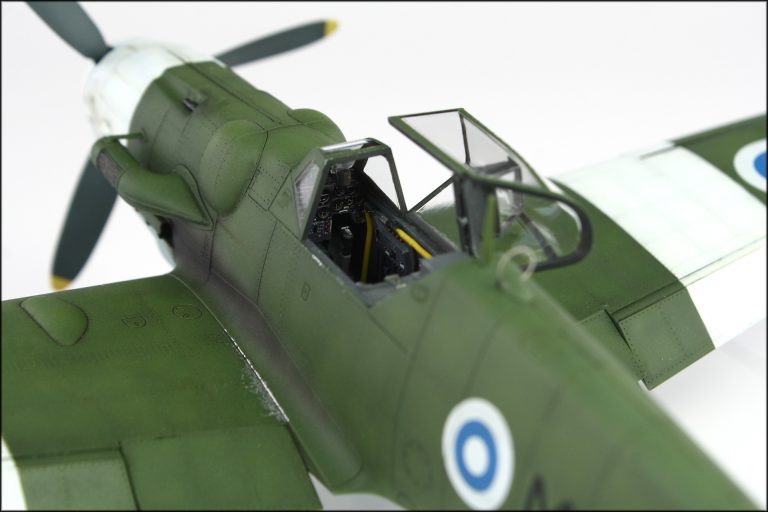 Few days ago we received a message from Aaron Long with pictures of his beautiful Eduard 1/48 Bf-109G-6 in Finnish post war markings. Than we asked Kari Stenman to explain the story of this quite rare and interesting camouflaged Mersu.

Photos of the model: Brewer Models 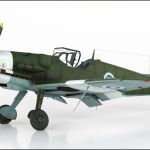 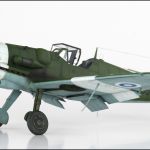 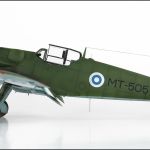 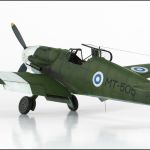 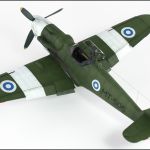 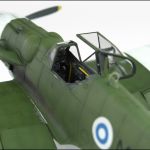 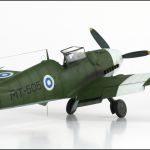 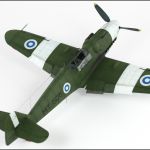 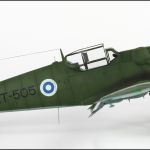 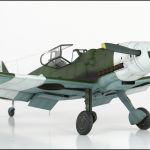 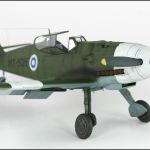 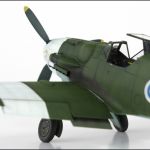 MT-505 was built in spring 1944 at Messerschmitt Regensburg facilities bearing Werke Nummer 166215 and Stammkennzeichen RO+WD. On 25 August 1944 it was flown from Insterburg, Germany to Finland, piloted by Sgt Kosti Kaloinen.

Next day it was handed over to 1/HLeLv 34. Two days later it was delivered further to 3/HLeLv 24, assigned to Sgt Kosti Keskinummi, but did not fly any missions as the truce of Moscow commenced on 4 September 1944.

In the de-mobilization of 4 December 1944 HLeLv 24 was re-named as HLeLv 31. On 4 July 1946 it was handed over to HLeLv 23. On 29 January 1947 it curved to the left in landing to Rissala and hit the snowy sidewall, the pilot Cpl Veikko Honkanen escaping injuries. MT-505 was was repaired at the unit. On 7 October 1947 it was sent to the State Aircraft Factory for full overhaul.

On 20 December 1948 it was handed over to PLeLv 41. On 6 September 1950 it curved to the right in landing to Rovaniemi and the left landing gear collapsed, the pilot SSgt Eero Lajunen escaping injuries. The plane was not repaired. On 1 October 1952 it was truck off charge having logged 224 h 10 mins. 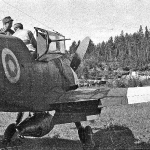 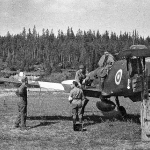 MT-505 of PLeLv 41 in gun harmonization during the August 1950 war games at Luonetjärvi, It flew with the target detachment hence the vertical white stripe on the tail. The camouflage of Olive Green upper surfaces and Light Grey lower surfaces was done at the factory in November 1948. Also the tall tail was fitted in this connection. (Photos: Finnish Air Force)