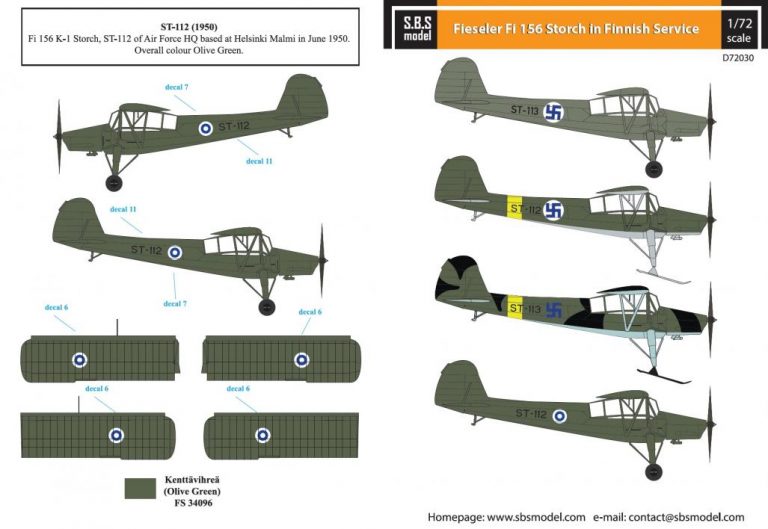 SBS Models new 1/72 and 1/48 decal sheets covering the 2 Fi-156 Storch served in the Finnish Air Force during and after WW II. Only 2 planes, but they wore different colour schemes both in military and civilian liveries. 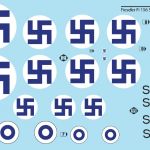 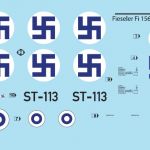 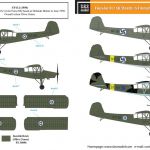 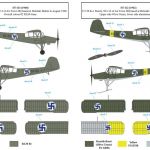 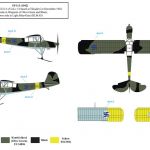 Kari Stenman describe the history of the Storch in Finland with rare wartime pictures.

Fi 156 Storch was one of those types, which was made available for export in the late 1930s Germany. The export version of the Fi 156 C-1 already in Luftwaffe service was designated as Fi 156 K-1. The Finnish government ordered on the last day of 1938 two of these for the Finnish Air Force.

They bore Fieseler construction numbers 4230 and 4231 and were delivered in crates to Finland in May 1939. The exterior finish was typical for German export planes, being in overall RLM-Grau 02. The Finnish serials ST-112 ans ST-113 plus national markings were applied already at the factory.

The service in the Finnish air Force began on 15 May 1939, both planes being evaluated in Lento R 1 army co-op squadrons for about a year. Then the air force Headquarters flew them as a liaison aircraft.

ST-122 flew in this role until the end of its flying career on 28 January 1960. In September 1941 during a factory repair it was camouflaged as non-combat types: Olive Green tops and aluninium lacquer bottoms. In April 1957 it was painted in overall Olive Green, which colours it still has as a museum piece, though in civil markings OH-FSA.

ST-113 had a 2½ year tour with Lentolaivue 14, until its crash on 26 October 1944. Early in this period it was camouflaged in the standard warpaint, like most liaison aircraft operated by the front-line squadrons. 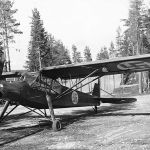 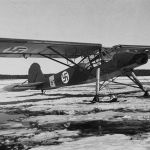 Storch ST-112 as a liaison of the air force Headquarters, as seen at Immola on April 1942. The lighter underside reveals the re-painting at the factory to Olive Green uppers and aluninium lacquer bottoms. (Finnish Air Force Museum photo) 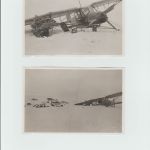 Storch ST-113 of Lentolaivue 14 after a taxiing accident at Tiiksjärvi (in south Viena) on 14 December 1942. The damage was limited to the propeller and right ski. Typical to front-line squadrons, also the liaison aircraft received the warpaint of Olive Green and Black with Light Blue-grey (RLM 65) undersides. (Finnish National Archives photo)

We have some reference pictures from The Finnish Aviation Museum by Ottó Józsa and Gergő Galambos. 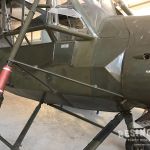 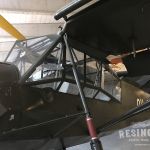 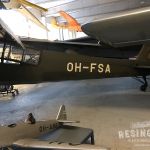 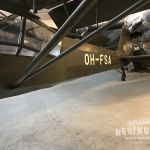 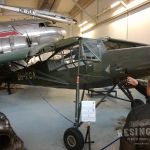