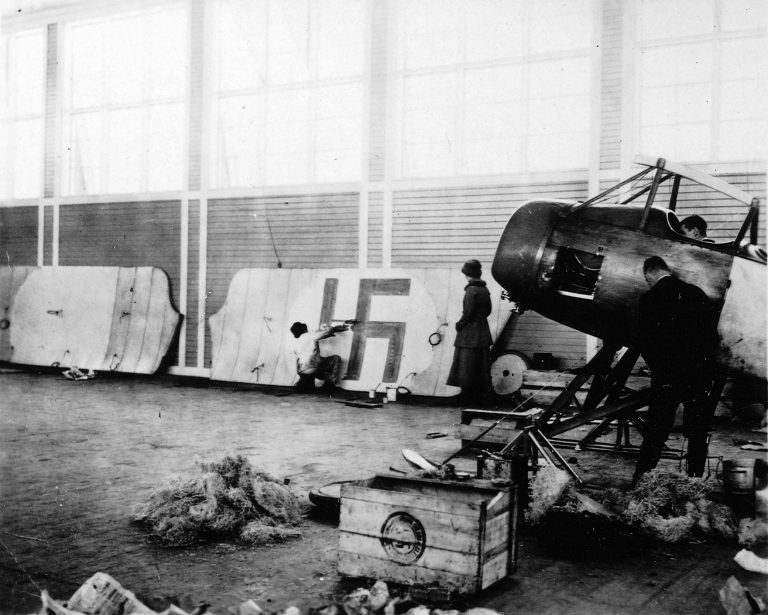 We are happy to announce a new author on our blog!

The most important Finnish aviation historian Kari Stenman joined our team!
Today you can read about the story of Finnish national insignia the Hakaristi.
Welcome on board Kari! 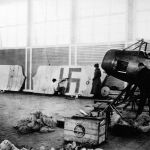 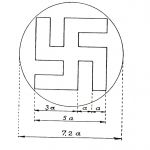 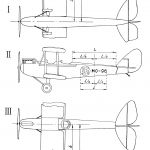 On 2 March 1918, fifteen years before Adolf Hitler took power in Germany, the Finnish national insignia was born, when large blue swastikas were painted on the wings of a Thulin typ D monoplane, photo attached.

Nothing to do with the Nazism, these millenniums old good luck emblems of Indian origin meant the same for the donor, the Swedish count Eric von Rosen. Four days later this plane arrived to the army of the white forces in Finland.

The commander of the above-mentioned army, General Carl Gustaf Emil Mannerheim informed the troops in his order of the day No. 26 dated 18 March 1918:

All troops are now informed that our aircraft will use from now on as a recognition mark the following sign (swastika) in blue colour on the wings and fuselage, in addition a red flag with a yellow cross will be attached to the tail.

Due to the lack of more precise application instructions, many different kinds of insignias appeared on the aircraft.

All variations of the national insignias were put to an end on 20 March 1934, when new permanent marking orders of the Finnish military aviation SIP IV BA2 were issued, see the attached drawings 1 and 2.

In principle the width of the arm of the swastika defined the size of the insignia, standard sizes being:

The instructions were clear and simple and they were followed literally, excluding the imported aircraft, for the next eleven years.

After the outbreak of the Second World War general rehearsals were started in Finland in October 1939. Then several fighter aircraft had the white disc of the national insignia over painted by olive green for lesser visibility. The air force headquarters did not approve this and by Winter War the markings were “clean”.

Aircraft flown from abroad to Finland during the Winter War used different methods of covering the swastika, since the neutral Sweden did not allow transit flights of military aircraft. After arrival to Finland the swastikas appeared in no time. The circle could be also aluminium dope or light grey in colour.

The insignias of large aircraft, especially the Blenheim, were visible to a long distance. On 23 July 1940 the permanent order was amended slightly stating that the white circle of the national insignia should not exceed 1 metre. In practise this meant that the wing insignia was 1 metre in size, unless the available space told otherwise. Then the 4/5 rule (as in the drawing 1) was valid.

The white circle of the national marking was quite visible against the ground and early in the Continuation War the reconnaissance squadrons began to darken the insignias above the wings. Sometimes the fuselage insignia was also subdued and the practise continued until the end of the hostilities.

On 13 October 1943 the war supply division of the air force headquarters was tasked to investigate how the markings of the aircraft (national insignias and yellow eastern front markings) could be subdued so that the markings would be clearly visible within the range of fighter fire but would not reveal the aircraft too far.

The Air Depot was given an order to carry out the experiments with the following instructions:

– The firing range of a fighter was 600 metres

– The markings should be reasonably visible on a cloudy weather, but should not expose the aircraft in bright sunshine more than the size, shape and movement of the aircraft

– The amendment of the markings must be executable at the units with few types of equipment and in a short time. The aim is to make the change very simple

1. As before, but small dots in the white disc

6. As before, but grey disc

7. Blue swastika, grey between the arms

The Test Squadron recommended alternative No. 5 as the best stating additionally that the yellow markings needed no change. The headquarters considered this option as a new marking and chose No. 6 stating that only the colour of the circle will be changed.

On 12 January 1944 an order was issued to subdue the white circle. The factory chose to closest ready paint, the DN-colour (equal to RLM # 65). The units got from the depot it’s own mix, which lead to a variety of subdued markings.

After the truce of 4 September 1944 the allied supervision commission, headed by the Russians laid stress on the Finnish government to remove the swastika insignia as a marking of their prime enemy, Germany. Therefore the insignia was changed to the blue and white cockade from 1 April 1945 onwards.

« How to work with acetate canopies and windscreens – part one: glue
Bf-110 just landed »